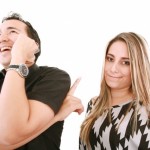 You can’t thrive if you keep falling into the same negative relationship patterns and bad behavior. You may recognize your bad behaviors and when you are in the same rut, but still find yourself unable to change. The good news is: bad behavior can be changed! It’s time to break those negative patterns and design a brand-new one.

Got a Bad Habit

Some behaviors become automatic. The brain can be programmed so that certain decisions are made automatically; you literally don’t think about them. According to neuroscientists, when behavior patterns are established, your brain starts working less. 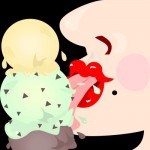 You’ve seen it before and may not have noticed. It’s like when you’re brushing your teeth, but thinking about your tax returns, or washing the dishes while planning for an upcoming birthday party. You don’t have to think about your teeth or your dishes; it’s automatic behavior. Bad behavior and self-destructive behavior can be programmed into your brain as well. 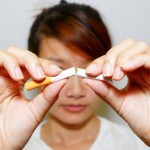 Habits can be broken, however. Science suggests that any habit, no matter how longstanding, can be broken. The trouble is that many people don’t know how to break their habits.

Breaking bad habits and stopping bad behavior is very difficult, but it gets easier when you know the trick. Instead of trying to stop a bad behavior pattern or break a habit, replace it.

First, identity what you’re doing. Maybe you’re dating the wrong men, or smoking cigarettes, or obsessively eating those donuts at the convenience store every morning. Instead of trying to stop doing that one thing that you’re doing, find something new thing to do instead.

Now, write down the behavior that you want to stop repeating. Date your document and update it as you work toward your goal. Documenting your efforts in breaking bad behavior is a different, new behavior. You’re already breaking the old pattern with this new behavior.

Drop that bad behavior and begin your new habit instead. For example, if you’re trying to stop smoking, start chewing sugarless gum or drinking water when you want to smoke. If you’re dating professional men in relationships that never work out, start dating completely different types of men – or no type at all. Find a way to replace the behavior and re-establish your patterns. 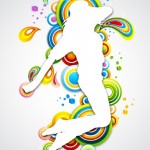 Start getting into the habit of practicing new, healthy behaviors. To make it even easier on yourself to stop that behavior, avoid your triggers. If you’re always finding men when you go to the sports bar Saturday night, go somewhere else on Saturdays. If you like to smoke when you drink, stop drinking. Avoid the triggers to make it easier to stop the bad behavior that’s taking you away from the things you really want in life.

When it gets hard, when you slip and stumble, be forgiving of yourself. Keep trying, and try something new if it’s not working. You can leave that bad behavior behind you, and break those bad habits. It’s never too late to change something you don’t like.