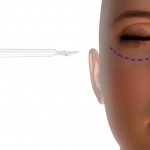 It’s every woman’s right to enhance her appearance however she sees fit. Unfortunately, many other women also believe it’s their right to ask you about it. How should you answer their questions when they do? Chemical peels, Botox injections, nip and tuck. Plastic surgery and cosmetic procedures have become as common as teeth cleanings in Hollywood. But in your circle of friends and family, these procedures may not be so en vogue. If you get it, don’t be ashamed of getting plastic surgery – even if you’re the first of your friends to do it. 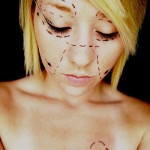 Under the Knife According to the American Society for Aesthetic Plastic Surgery (ASAPS), more than 11 million cosmetic surgical and non-surgical procedures were purchased in the United States in 2013 alone. Around $12 billion was spent by patients overall, $7 billon on plastic surgery procedures and another $5 billion on non-surgical cosmetic procedures.

That’s a lot of people who are having plastic surgery, and it’s nothing to be ashamed of. Cosmetic procedures and plastic surgery are highly popular in Hollywood, where women are strongly encouraged (to be euphemistic) to look their best.

“House of Cards” star Robin Wright isn’t at all afraid to admit to what she’s had done. “You bet,” she told The Telegraph, when asked about Botox injections. “I ain’t hiding anything,” she said.

Other celebs who’ve used certain procedures in order to look their best? Jane Fonda told ABC that she had some skin tightened on her face and around her eyes. Jamie Lee Curtis used liposuction and Botox. She also had a procedure where fat was removed from her body and injected into her face.

If you want to change your appearance and you’ve got the money and you’ve thought long and hard about the decision, you may also opt for plastic surgery or a freshening cosmetic procedure every now and then. And if you do that, it’s very likely that your friends and family members will notice. Isn’t that the point? But when they notice, they’re going to ask questions. How will you answer them?

People may say all sorts of things about your plastic surgery, but it isn’t any of their business. If you make an informed decision and choose to do something more about your appearance, there’s nothing wrong with that. Remember that even women in ancient Egypt used cosmetics to enhance their looks. So when you get plastic surgery or some other cosmetic procedure, you’re really just honoring an age-old feminine tradition.