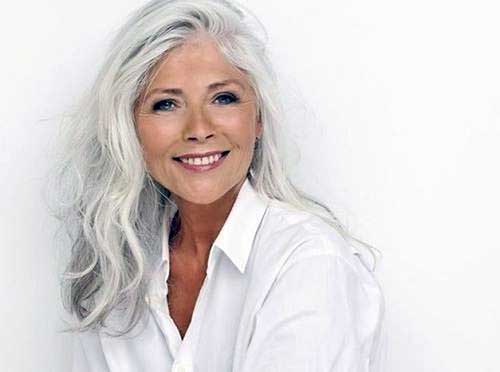 With all the wonderful rejuvenating products that are at the disposal of the older woman, it’s certainly true that these days, “50 is the new 40”. But how would you like to stay gorgeous and active well into your century or even beyond? Well, according to recent scientific research, it’s highly likely that you will be able to do just that in the not too distant future!

According to the Swiss drug firm, Novartis, research into geroprotectors, or longevity drugs, is very much a priority. In fact, there is evidence to show that many everyday drugs that have been in use for years can already extend a recipient’s lifespan by as much as 10 years.

Another drug that could be a likely contender for use in anti-aging therapy is metformin. This is the most commonly used drug in the treatment of type 2 diabetes, and in trials it has been shown to considerably extend the life of small creatures like mice.

Inflammation is another of the body’s mechanisms that causes aging and it brings with it health problems like heart disease, stroke and dementia. Further studies showed that anti-inflammatory drugs like aspirin and statins that are commonly used to treat heart problems amongst other things can also slow the signs of aging.

Scientists are hopeful that in the not too distant future, they will have developed a drug that will not only extend your lifespan; it will extend your healthspan too. If your body is healthy and not at risk of developing the diseases of aging, there’s no reason why you can’t remain fully active and looking great for many, many years. In fact, scientists are fully anticipating that in the future almost everyone can expect to live until they are at least 120!

In the absence of a longevity drug, there’s a lot we can do to help ourselves live longer. According to references in Steve Charter’s book, Eat More Raw, there are many cultures around the world where life expectancy is commonly 120 years or even longer. The key to this it seems is in their diet which consists primarily of fresh fruits and vegetables that are locally available and are often eaten raw.

In contrast, the modern Western diet typically contains a very high proportion of processed foods, especially sugary carbohydrates and red meat. Doctors blame our addiction to sugar for the high rate of obesity, type 2 diabetes, heart disease, stroke, and other modern diseases that are currently endemic in our culture.

The average lifespan in the West is 75 years. Compare that with the life expectancy of the cultures of the Vicalbamba Indians of the Ecuadorian Andes, the Abkhasia folk of Southern Russia, and the Hunza people of Northern Pakistan where living to 100 years plus is commonplace. According to John Robbins’ book, Healthy at 100 the calorific intake of all these cultures is around 1,800 calories per day, compared to that in the West of 2,500 calories per day. None of these peoples ate processed foods or refined sugar, and their intake of salt was very low. In fact, upwards of 90% of their diet consisted of plant foods or fruit. Interestingly, these people don’t suffer from obesity or many of the other health problems that are so common in the West.

In addition to their virtually meat-free, plant-based diet, these cultures spend much of their time working outdoors at physical activities, and they live in remote areas that are free from the pollution caused by motor vehicles and heavy industry.

So, it seems that in the not too distant future, and certainly within your lifetime, medical science will develop a drug that will enable you to live to 120. In the meantime, it might be worth emulating other cultures where they rely purely on a healthy, natural diet, fresh air and exercise for their longevity.

If you have any anti-ageing secrets, please share them with other readers in the comments section below.