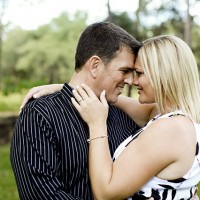 Pretty much all of us grew up watching fairy tales. For me, it wasn’t until I was well in my 30s that I discovered what they actually mean. One definition is “a story, usually for children”. Another is “an incredible or misleading statement, account, or belief”. (I know, right?) Perhaps if more of us had been told that as the credits were rolling for Cinderella, Snow White or Sleeping Beauty, we wouldn’t have found ourselves so frustrated while we were dating.

Anyway, that’s not to say that you can’t have the “incredible” part of a fairy tale in your marriage. But ask any couple married for more than 10 years and they’re going to tell you that it doesn’t just happen. As a woman by the name of Fawn Weaver once said “Happily ever after is not a fairy tale, it’s a choice.” So true, so true.

So, what do you do if you’ve been married more than a few years now and some of the fairy dust has fallen off of your own love story? There are some things that you can choose to do that will help to recharge your relationship. Things that can bring a spark of passion and excitement back again. Yeah, it might sound too good to be true, but if you put even a couple of these things into practice, I promise that you, nor your spouse, will regret it.

Create a “love” box. A few years ago, two people made what I call a “love box” for me. It was literally a decorated box with different adjectives written on different colors of construction paper. It is still one of my favorite presents to this day. In fact, I have recommended that married couples make one for each other with either words to describe their favorite character traits or memories about their spouse. That way, whenever times are hard or they need a pick-me-up, they can look into the box and relive why they got together in the first place. It’s a small effort that really can go a long way.

Have a staycation. You can’t afford to go on a vacation right now? That’s OK. Plan a staycation instead. In fact, did you know that there are literally millions of people who have never been sightseeing in their own city? If you fit that bill, plan a day to take in the sights, go to dinner at a restaurant that you’ve never tried before and hop onto a website like Hotels.com to see if you can get a great deal on a hotel room at least for one night (hotel sex is awesome!). After a long weekend, it will feel like you went away when you actually stayed pretty close to home.

Go lingerie shopping (together). Here’s the interesting thing about lingerie. Usually either the wife will get something without her husband’s input or the husband will come home with something without his wife’s opinion coming into play. And that’s only if the couple are still making the investment into lingerie at all (please do!). 20 percent of married couples in America are reportedly only having sex 10 or less times per year. You do not want to fall into that pit, er category! One way to get the engines running again is to go lingerie shopping together. As you’re looking for the perfect item, discuss what turns you on about it. Oh, and don’t just get something for yourself. Pick him up some silk boxers too. If you do that and then decide to pop up one day at his job with a coat and the lingerie underneath—trust me, that purchase will prove to be one of the best investments you could ever make into your marriage.

Host a couple’s dinner party. All married couples need married friends. And not just any kind of friends but healthy and happy ones. They can provide you with a safe place to talk (or vent). They can provide you with the encouragement and support that you need. And having these kinds of people in your life can give you a good reason to throw a party every now and then! Whether it’s your anniversary, the anniversary of another couple or it’s the summer or holiday season and you want to do a bit of entertaining, host a couples-only party. The camaraderie will remind you that you’re not alone during the challenging times and that you also have the company of great friends who can relate to your lifestyle during the good ones. You can get tips on how to host a great couples’ dinner party here. You can also get a bit of inspiration on Pinterest too. Go to the site and put “couples dinner party ideas” in the search field.

Anyone who’s been married for longer than a couple of years will admit it’s hard work; that it’s the kind of relationship that you have to invest in on a daily basis. But those who have been happily married for a long time will also admit that it’s one of the best investments that you could possibly make. Marriage is not easy, but during the tough times, hang in there and strive to be proactive rather than reactive. It’s so worth it!

What are some things that you recommend to put a spark back into marriage?